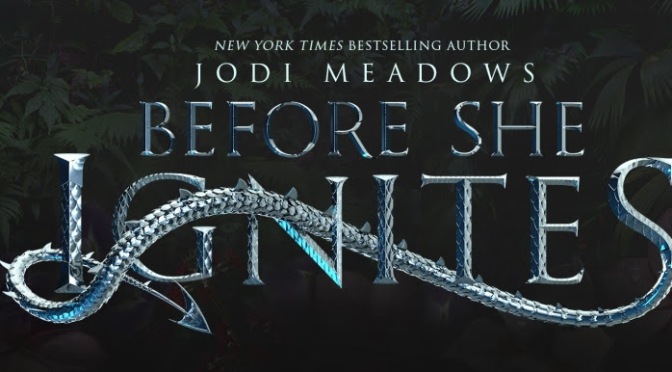 “I wanted freedom in the same way I wanted my next breath: an unspoken but constant desire.”

Before She Ignites is a book I received from Owlcrate! This months theme was Mythical Creatures, hence, Dragons! So expect as much in this post.

Mira Minkoba is the Hopebearer. Since the day she was born, she’s been told she’s special. Important. Perfect. She’s known across the Fallen Isles not just for her beauty, but for the Mira Treaty named after her, a peace agreement which united the seven islands against their enemies on the mainland.

But Mira has never felt as perfect as everyone says. She counts compulsively. She struggles with crippling anxiety. And she’s far too interested in dragons for a girl of her station.Then Mira discovers an explosive secret that challenges everything she and the Treaty stand for. Betrayed by the very people she spent her life serving, Mira is sentenced to the Pit–the deadliest prison in the Fallen Isles.

When Owlcrate announced that the theme for the September box was Mythical Creatures. I was reallly excited. I was hoping for Unicorns! Not because I prefer them over dragons, but because usually books involving dragons aren’t very great. For some reason, dragon books all follow the same trend and overall theme. Usually leading to disappointment. So imagine how I felt when I excitedly opened my book box and found this.

Putting my heartbreak aside, I decided to give ‘Before She Ignites’ a chance. There has to be a reason why this book was picked. So after weeks of cautiously analyzing it at my shelf. I decided to give it a go.

Jodi created a whole world that we had to learn about. There were different gods with corresponding islands and religions. Where people behaved differently according to what they believed in or how they were reared. Which gave me some vibes of the Divergent series. There were also dragons, not as much as what was promised. However, still prominent in the book. There was also corrupt politicians with hidden agendas, blackmail and different types of abuse.

The vast majority of the book, we’re in prison. It was a very interesting start to the story. It was a little odd since most of the time, imprisonment happens in the second book. ^^, However, this kind of dragged on and felt a little boring to read. Her writing however was lovely. The words were simple and flew quite smoothly across the pages. Her style was what kept me reading and not entirely the plot.

I don’t think I’ll be picking up the second book for this series. Maybe if I saw it in the bookstore and I had nothing else to buy? I don’t know.

“There is strength,” he said slowly, “in knowing when to speak, and when to listen.” His hands stayed on his chest, motionless. “And when to say nothing at all.”

3 thoughts on “Before She Ignites| Jodi Meadows”