Max Alexander is nearing thirty-five. He’s built a successful company, and he’s conquered the professional world, but he’s never been lucky in love. Focusing so much time on his business and raising his daughter, adulting has come at the expense of his personal life.

“No big deal. This was perfectly normal for a red-blooded male living with sex on a stick. The old nanny fantasy. In my dirty mind, Addison was the perfect sensual vixen, ripe for the taking. And in my mind was exactly where she’d have to stay.”

Max Alexander is nearing thirty-five. He’s built a successful company, and he’s conquered the professional world, but he’s never been lucky in love. Focusing so much time on his business and raising his daughter, adulting has come at the expense of his personal life.

His social skills are shit, his patience is shot, and at times, his temper runs hot.

The last thing he has time for is the recently single, too gorgeous for her own good young woman he hires to take care of his little girl. She’s a distraction he doesn’t need, and besides, there’s no way she’d be interested. But you know what they say about assumptions? 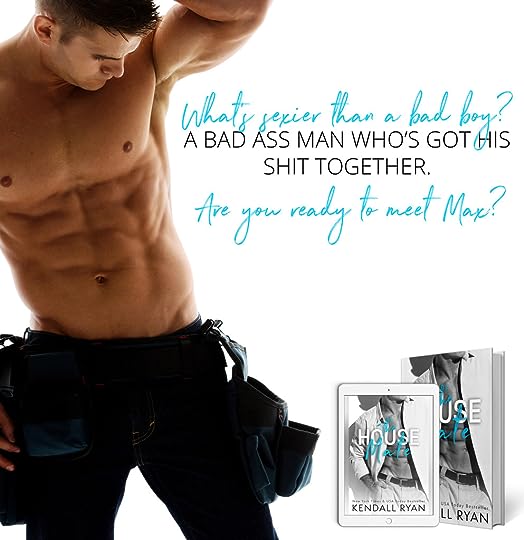 Ok, so this wasn’t as good as the other two, The Room Mate and The Play Mate. However, it was adoooorable and much more meaningful.

Kendall Ryan has officially established herself as one of my favorite authors. Thank the Lord because the romance genre was one that was pretty much dead in my book world. Especially since I’m very hard to please in that department. So much borders on to cliche and childish that I just get put off instantly. However, Kendall brings a level of maturity and elegance to her books.

So the whole nanny trope isn’t something that I’m a fan of. However, the fact that Max isn’t married and Addison isn’t an underage teenager allowed me to overlook that predicament.

A few things that I liked include:

One question…what happened to Tiffany? Like, where did she go?

On to the next one in the series!!