For those of you who don’t know, Shall We Date?  is a dating sim game by NTT Solmare where you play through reading different worlds as the main protagonist. Whilst making decisions which influence your ending. For this post I will be reviewing the storyline of His Blushingness: Red Huber from the world of Lost Alice.

This game is based on Alice in Wonderland and features a range of characters that you can read and enjoy! A little background on Red, he is the The Gun of Grimm. He has an adorable trait of blushing at everything.
Now, on to my review.

I love him. I love him soo much!! This sweetheart is blushing throughout the entire route!! He has this uncontrollable habit of his face flushing scarlet at everything and anything anyone says. To the point that people started calling him Red. Which is just perfect don’t you think.

Red is known as The gun of Grimm because of his talent at hunting, tracking and eliminating people. He is the perfect soldier and is generally feared at first sight. Yet the second you make eye contact, his face turns beet red and you realize he is a marshmallow. Check images above for reference. LOL.

A lot of effort has been placed in his story line. Since Red marks the start of a new world or ‘episode’ in this game. His route serves as a farewell from Wonderland and an introduction to the world of Grimm based on the Grimm Brothers Tales. As well as introducing a load of new characters and locations. Which are simply stunning. 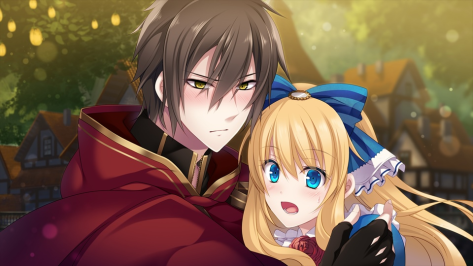 Even though Red is an absolute teddy bear. He is ferocious in a fight and won’t hesitate to defend our honor! You can’t even imagine the number of images I didn’t show you in this post demonstrating just that. – Be honest, his blushing cheeks makes him look less intimidating and more adorkable, right!! –

Some of the characters that are introduced are…

And Hansel Bernet, yup the very Hansel from the tales of Hansel and Gretel. 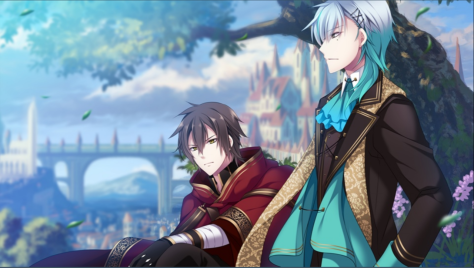 Honestly, I whole heartedly recommend playing his route. There’s a lot of stuff that goes on here that I didn’t touch on to avoid spoiling things for you. This isn’t just love and fluff, his route is exciting, adventurous and dangerous. Red is one of the most real, original and believable characters in this whole game! 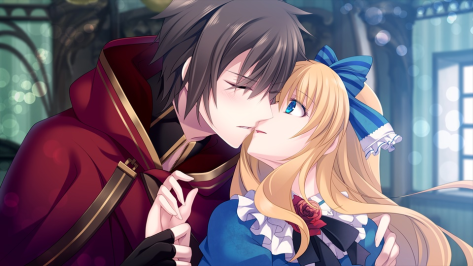