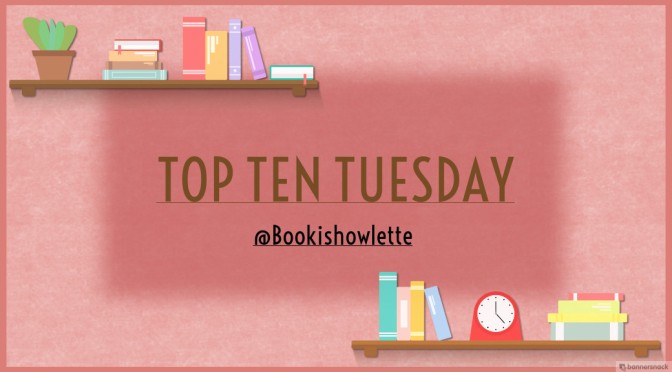 Hey Everyone! There’s this ongoing ‘Top Ten Tuesday‘ trend in the book community.  This week, June 25: Series I’ve Given Up On/Don’t Plan to Finish
Is it okay that this was super easy to list? Like the titles just kept on rolling. Disclaimer: Just because I didn’t like it, doesn’t mean its horrible. And I also mean no disrespect to anyone including the authors. I could’ve hated this but loved something else written by you.
Anyway, I’m soo excited to see what you and everyone else has in their list. So without further ado, heres mine

Top Ten Series I’ve Given Up On:

This was soo much fun for me to round up! I barely stopped myself from listing more! This post links to The Artsy Reader Girl.

Now YOU Tell ME! What’s ur Top Ten?

*If you’re stopping by from the linkup, please be sure to leave a link to your post so I can check out your post.*

What did you think of this list, did you read some of them? Or do you think I missed some? Lets chat, don’t worry, I don’t bite. ^^

19 thoughts on “Series I’ve Given Up On”