Princess Diana longs to prove herself to her legendary warrior sisters. But when the opportunity finally comes, she throws away her chance at glory and breaks Amazon law—risking exile—to save a mortal.

“Sisters in battle, I am shield and blade to you. As I breathe, your enemies will know no sanctuary. While I live, your cause is mine.”

Princess Diana longs to prove herself to her legendary warrior sisters. But when the opportunity finally comes, she throws away her chance at glory and breaks Amazon law—risking exile—to save a mortal. Diana will soon learn that she has rescued no ordinary girl, and that with this single brave act, she may have doomed the world.

Alia Keralis just wanted to escape her overprotective brother with a semester at sea. She doesn’t know she is being hunted by people who think her very existence could spark a world war. When a bomb detonates aboard her ship, Alia is rescued by a mysterious girl of extraordinary strength and forced to confront a horrible truth: Alia is a Warbringer—a direct descendant of the infamous Helen of Troy, fated to bring about an age of bloodshed and misery.

Two girls will face an army of enemies—mortal and divine—determined to either destroy or possess the Warbringer. Tested beyond the bounds of their abilities, Diana and Alia must find a way to unleash hidden strengths and forge an unlikely alliance. Because if they have any hope of saving both their worlds, they will have to stand side by side against the tide of war.

What I love so much about this isn’t the diverse cast. It’s the fact that you didn’t feel like it’s a diverse cast of characters, because NEWS FLASH. People are just people. We’re the same.

Leigh Bardugo is excellent at this, as she explores each character without giving them the obvious stereotypes that you see in other books. For instance, I had no idea that Nim was Indian until someone had to verbally say it in the story. Which surprised me because Nim was written like a normal person. As she is. I was surprised because I don’t think I’ve ever read a non-white character written like an actual individual that is defined only by their personality and not by their looks. Go Leigh!

Wonder Woman: Warbringer is incredibly original. I don’t know what I was expecting from Leigh other than this but I still could not help but appreciate the authenticity of her story. She cast the two main protagonists as girls. Cause we don’t need a male lead. Na’ah. She pulled a Frozen on us.

I also appreciate the lack of people wondering if their crush loves them back or not.  The constant wondering and what ifs… There was no teen angst or drama even though this is a story about a group of teens. Which was refreshing! 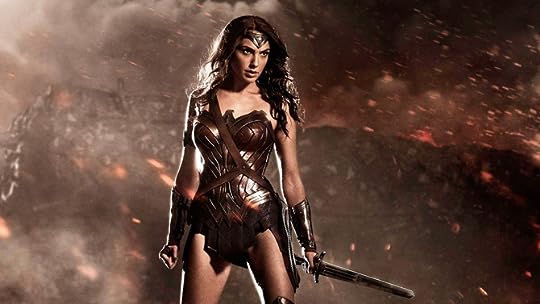 So why didn’t I give this a full five star review? Well, if I don’t factor in the aforementioned points. This book is actually just a two. I mean, the pace was slow and the world building isn’t up to Leigh’s standards. I found myself rereading sentences because my mind would stray or I’d forget what just happened.

Not to mention, sometimes it was hard to tell whose POV we were reading from. Is it Diana’s or Alia’s? Make it clear! Honestly, we can make do without the first two thirds of the book….Yup. That much. Because the last third was amazing. We were finally in the groove, you know!? But the first two was just…blah.