Jude has tricked Cardan onto the throne, binding him to her for a year and a day. But the new High King does everything in his power to humiliate and undermine her, even as his fascination with her remains undimmed.

Jude has tricked Cardan onto the throne, binding him to her for a year and a day. But the new High King does everything in his power to humiliate and undermine her, even as his fascination with her remains undimmed.

Meanwhile, a traitor in the court is scheming against her. Jude must fight for her life and the lives of those she loves, all while battling her own complicated feelings for Cardan. Now a year and a day seems like no time at all…. 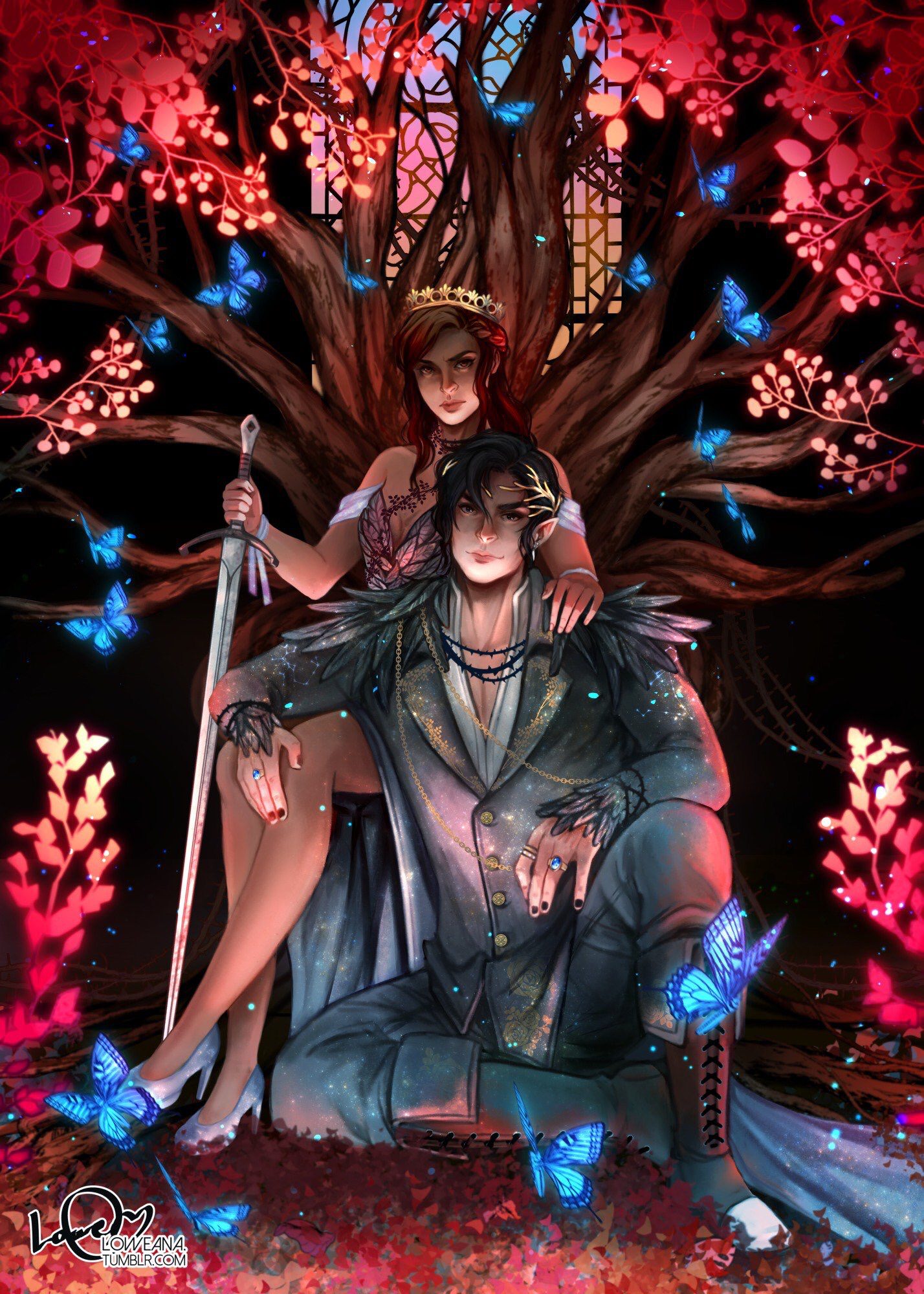 I’m not sure how to respond. How to react, how to process. But I will say this, The Wicked King was amazing.

It was more than what I had hoped. After the success of The Cruel Prince, I will admit that I had my doubts. However, I need not worry, for it was pure perfection. A few things I would like to note before I get into my review, personal observations ofcourse:

“It seems I have a singular taste for women who threaten me.”

So much happens in this book. Going into detail will either ruin it for you or confuse you, so I will do neither. However, I very much enjoyed every bit of the treachery and scheming going on. It gave me the vague feeling of reading Game Of Thrones, minus the extreme lewdness.  If that were the case, I believe Jude is as intelligent as Cersie, Madoc as Petyr Baelish and Cardan would be Tyrion. What do you think?

Love Plotline: Ohhh how I desperately looked forward to this.. and Holly did not disappoint! It wasn’t as much as I had hoped, but it was enough. I had to keep telling myself that if she gave us more, then it would betray the personalities of both Cardan and Jude. There were scenes that made my heart race and beg for more! We want MORE! The true genius for me personally is how Holly managed to create such a strong tension between the two without using as many words as you’d think. We all just somehow knew that they were both ready to rip off each others clothes at any given moment. Brilliant writing! 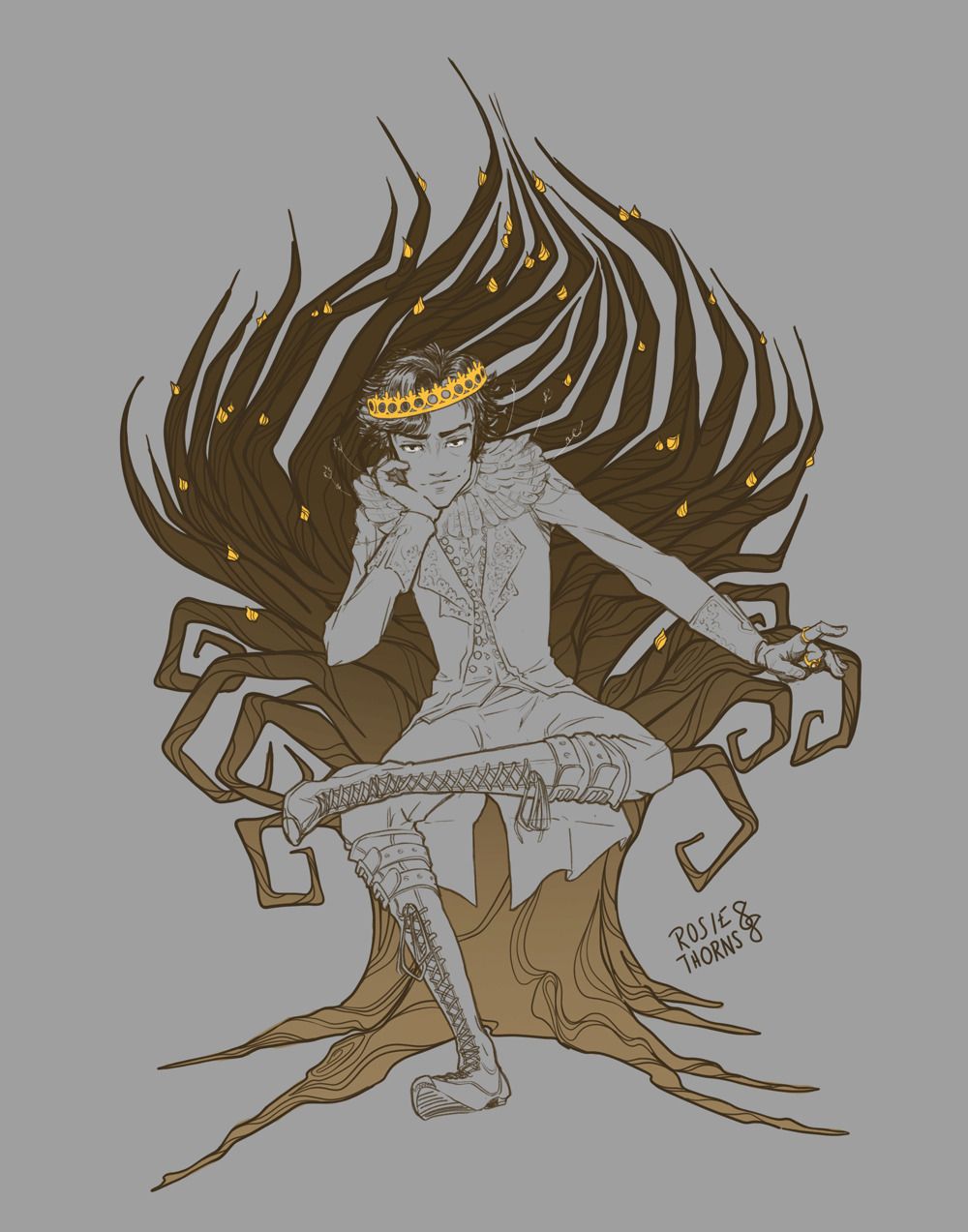 Narration: The Wicked King was narrated by none other than Caitlin Kelly. Who is by far, my absolute favorite narrator. She managed to capture each of the characters unique voice and traits and perfectly execute them through her voice. If you end up finding any audiobook narrated by her, don’t hesitate to get it, she’s that good! That’s my personal opinion of course. But you should still trust me.

The Ending: SPOILER FREE. Was not what I expected, but kind of was. The title of the third book, The Queen Of Nothing is already released, so the clue was there. But the way it happened, whoa.. was it unexpected. I mean Cardan, truly an actor. Jude and her family, each impressive in their own right.  Some other key players, wtf!? That cliff hanger is going to kill me!

Phew! That’s all I’m going to say! Anything more and I’ll ruin it for you!

*Images link back to source to the best of my knowledge.