The dead body of an illicit neighbor and an old necklace send Shandra Higheagle on a chase to find a murderer. 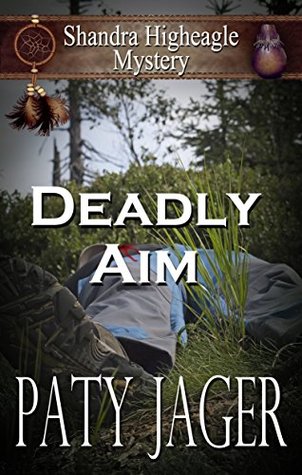 The dead body of an illicit neighbor and an old necklace send potter Shandra Higheagle on a chase to find a murderer. Visions from her dead grandmother reveal Shandra is on the right path, but the woods are full of obstacles; deadly ones.

Detective Ryan Greer believes Shandra’s dreams will help solve the mystery, but he also knows the curious potter could get herself killed. He’s determined not to let that happen.

Until he’s blind-sided. Are Shandra’s powers strong enough to save them both, or will the murderer strike again?

I was a little lost at first since I didn’t read the first two books, but after a few chapters: all was smooth sailing.

This was an interesting tale about a woman who wakes up one day to find dead bodies on her land. Therefore, in true crime fiction fashion, she decides that its her job to figure out who committed the crime. Total bad ass if you ask me.

Now these types of novels are not really my thing but I decided to go for it because it kind of reminded me of Audrey Rose from the SJTR series. Obviously, after reading this book, there were hardly any similarities. However, they lie in the same genre. So if you’re interested, you’ll find it below.

Anyway, back to Deadly Aim. The story was well paced and exciting. My only issue was the editing, so maybe go through it again dear author. Other than that, I recommend the read.